A mother-of-two was left crying into a napkin in her local cafe after a complete stranger moved her to tears.

Pam De Almeida had been sat in the cafe with her two daughters, one of whom is named Sophia, who was born with Down’s syndrome. As she sat with her girls, Pam watched as two women peered over to her family, to get a closer look at Sophia, completely oblivious of the fact Pam was staring right back. ‘Today it bothered me. It really bothered me,’ wrote Pam in a post to her Facebook blogging page, Slice of Life. Soon after, a man approached Pam. She assumed the worst – but when he spoke, she was completely taken aback by what he had to say. ‘The man greeted Sophia with a high five and a handshake, and Sophia smiled and waved back,’ Pam explained. ‘He looked at me with tears in his eyes and said, “I have a story I would really like to share with you. But I am afraid I won’t get through it without choking up”.’ After asking him to continue, the man told Pam that he had been watching the news the previous night. He told her: ‘There was an interview with a mother who had recently given birth to a child with a major disability. She was on the news defending her decision to keep her baby.
‘She was defending her choice NOT to terminate despite her doctors encouraging her to do so.’ He continued: ‘The point is, you never know a person’s impact on the world. You can never know what a person is able to do unless you give them a chance.’ Before turning away from Pam, the stranger also told her: ‘You are a beautiful person. Your daughter is beautiful. Congratulations!’ And as that moment went by, Pam immediately started to cry. Not just because of the story he had told – but because that day marked the first day a stranger had positively acknowledged Sophia’s birth as a beautiful thing, instead of simply staring at her. Pam said: ‘There I sat in the middle of a coffee shop crying into a paper napkin. ‘That man was the first complete stranger to ever congratulate me on the birth of my daughter Sophia. He was the first complete stranger to recognise her WORTH. Her VALUE. Her BEAUTY.’
She finished: ‘In a world where my daughter’s life is whispered about, where she is stared at, this man saw her IMPORTANCE.’ Understandably, over 52,000 people reacted to the post – with many leaving comments to follow in the stranger’s footsteps and compliment Sophia. What we can’t understand is how she hadn’t been complimented beforehand – because she’s bloody adorable. 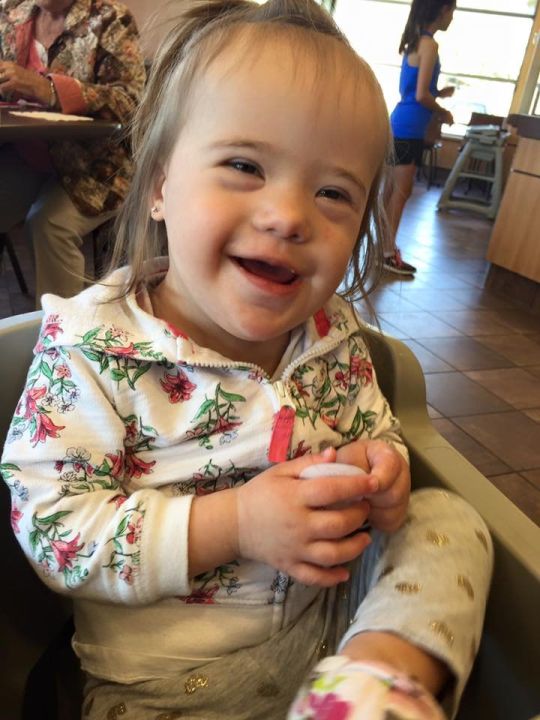 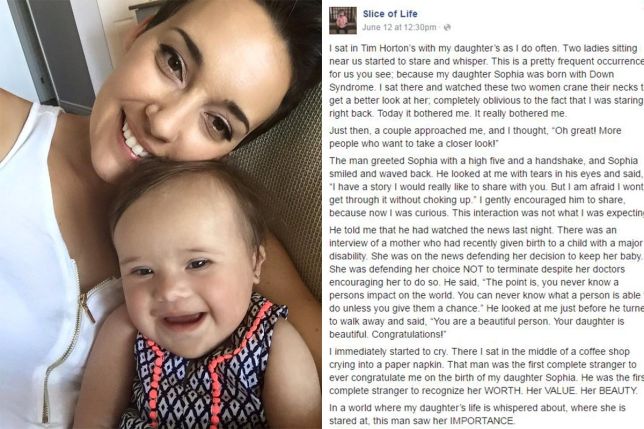 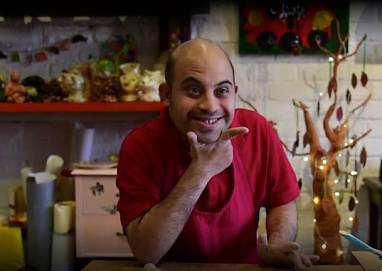 Doctors told Shaurya's parents that he would not be able to live a normal life. Here is…
VIDEO 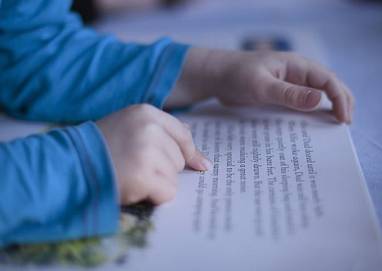 A couple with Down’s Syndrome who captured the hearts of the nation today have proved the…
STORIES
MORE
Powered by Stathopoulos/DevArt
© 2014 - 2020 downsyndrome.org.gr