When Sarah was born 26 years ago, my wife Alison and I were in a state of shock.

She wasn’t the baby we were expecting, and we were all facing an uncertain future together. We couldn’t help wondering whether Sarah would ever be independent, work, or marry. At that time, we were given no assurances that she would be able to walk, talk or how long she might live. We were already thinking about her life expectancy when we should have just been concentrating on changing her nappies. For new parents, this can indeed be a difficult time and initially you may not feel like celebrating, but, in time, you won’t feel that having a baby with Down’s syndrome is a such a tragedy. Try to treat your newborn like any other baby and love and enjoy them each day. He or she will reach their expected milestones – but at their own pace. We are lucky in that we have been helped greatly by family, friends and other parents and Sarah has had fantastic support at every stage of her life. She has been treated with respect and for who she is – as Sarah, who has Down’s syndrome not a ‘Down’s girl called Sarah’. The difference may seem subtle, but the effect is immeasurable.
That is not to say that children and adults with Down’s syndrome have it easy – educational and social services support is sadly lacking in many areas and the complications of health issues and dual diagnosis can create difficulties. Oh, and I’d like to puncture some stereotypical views; Down’s syndrome is a genetic condition caused by the presence of an extra chromosome, which affects some of Sarah’s learning and physical abilities, but it’s not a disease and Sarah and others do not ‘suffer’ from having the condition – an oft quoted phrase. People with Down’s syndrome are not all stubborn or affectionate – some are, and some aren’t, just like the rest of us. ‘They’ are all unique individuals with their own personalities and characteristics. Sarah has never wanted anyone to patronise her… so I’ll let her speak for herself.
" Hi, I’m Sarah. I attended mainstream school and graduated from Foxes Academy and training hotel in Minehead. I appeared on the television show, Kitchen Impossible, with Michel Roux Jr and they helped find me a job as a waitress in a Central London hotel. I live in supported accommodation and travel to work for an hour on the underground by myself. I love to work and help people. It’s my dream job. I sometimes get tips from the guests (I’m saving up to go to New York). My hobbies are dancing, listening to music, going to films and theatre and socialising with my friends and boyfriend. I’m so lucky because I love my life!" 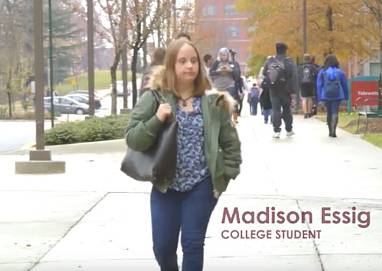 Her mothers says she refused to set limits on her daughter's potential.
STORIES 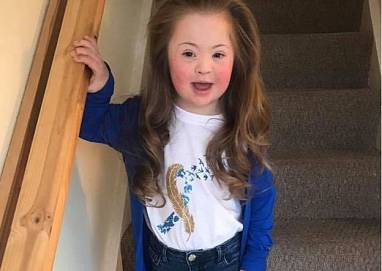